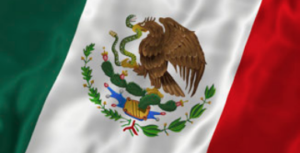 What defines our culture as well as those from other countries?

It is the essence of how we develop our ideas and mandate our principles of intel- lect and refinement into recognizable parts of society. The main areas depicting culture in our institutions are the arts and our beliefs, along with our characteristics in choosing fashion and food. In the case of Mexico, there is a sharp contrast beyond the language barrier between what is considered American and what is definitely Hispanic. Interestingly enough, there is growing appreciation for things south of the border, and also some fascinating comparisons in the basic background of each country’s leading artists.

To explore some of the vast parts of each culture, two great artists, two jewelry designers and two noted chefs emerge.

America and Mexico each saw the birth of two extraordinary artists just three years apart —Thomas Hart Benton, born April 15, 1889, and Diego Rivera, born Dec. 8, 1886. Were the stars aligned so both men would give the world not only great art but also a glimpse of what government and society were involved with at the time?

Benton, born in Neosho, Missouri, is a noted regionalism muralist, painting people of everyday life, sometimes embarrassingly truthful: Klu Klux Klan members in full dress; the underprivileged doing their everyday, demeaning tasks; and, most embarrassing, exposing slavery. The murals, some in the Missouri State Capital House Lounge in Jefferson City, are awesome in size and detail. His 1938-39 masterpiece, “Persephone,” caused some outrage when interpreted by many as American pornography. He lost his job at the art institute in Kansas City, but the painting today is proudly displayed in the Nelson-Atkins Museum of Art in Kansas City.

Meanwhile, the Mexican muralist Rivera was having a problem with a mural in New York City. In 1933, Rivera was finishing his mural “Man at the Crossroads” in the huge lobby of the RCA Building in Rockefeller Center. He was admired by Nelson Rockefeller who asked the Mexican artist to paint the mural for a new building without the image of Lenin. Rivera refused, and Rockefeller ordered the mural destroyed. Rivera was not happy with New York, and neither was Thomas Hart Benton who in 1935 described New York as a “concentrated flow of aesthetic-minded homosexuals into the various fields of artistic practice.” Rivera went back to Mexico and Benton went back to Kansas City. Even though their politics were at different ends of the spectrum, they each depicted the people and their needs in American and Mexican society. The best murals of Rivera are in the National Palace in Mexico City.

Jewelry
Artists of silver jewelry are found in both America and Mexico, but outstanding creations are found in Mexico. William Spratling is the father of contemporary Mexican silver. He left the United States and went to Taxco, Mexico, in the 1920s, and Daniel Espinosa, jewelry artist extraordinaire, can be found to- day by logging on to Danielespinosa.com.

If Spratling had not visited Mexico and became interested in Rivera, which led to his inclusion in the artistic society of Mexico, perhaps the beginnings of silver artisans in Mexico would not be as it is today. While helping the U.S. ambassador to Mexico select pictures for his Mexican home, he was told about Taxco and the silver mined there but never used for anything in Mexico. He went to Taxco and started designing jewelry from the silver and apprenticed others to learn the art. The process grew and grew until in 1941, his 100 employees sold his unique jewelry designs to major stores in the United States, including Neiman Marcus and Saks Fifth Avenue.

Spratling was killed in an automobile accident in Taxco in 1967, but his Spratling designs are still being produced. In 1989, Daniel Espinosa launched his jewelry business in (no surprise) Taxco, and is now noted as a creative genius in silver jewelry with semi-precious stones. His designs are studied and his shops and boutiques are located throughout the world. Young movie stars clamor for his designs. He meets once a year with staff to design a new collection which may produce 10,000 pieces.

The Food
Two noted Americans, Diana Kennedy and Rick Bayless, travel throughout Mexico to study authentic Mexican food. They both have numerous cookbooks with authentic Mexican recipes. Note the term, “authentic” when used as an adjective with Mexican, is most often misleading. There is no parallel between authentic Mexican food and Tex/Mex food. In fact, depending where one might be eating in the 50 United States, the food termed Mexican is probably suited to the state. More than likely, the loosely used term “authentic Mexican food” is in fact a version of Tex/Mex.