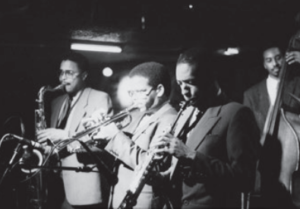 OUT-FOXING THE COLD-WEATHER BLUES
The holidays have come and gone, it’s a new year and what do we have to look forward to? The days go slowly until spring blossoms. In the meantime, winter lingers on, and unless we’re in Florida or Arizona or one of those warm, wonderful places some people go to for the winter, we’re in for several months of gray, gloomy days.

Mid-Missouri abounds with local arts groups, museums, colleges and universities presenting amazingly good theatrical performances, art and music to please every taste. Nothing can bring one out of the doldrums better than taking in a show or visiting a museum. It just gives you a fresh perspective, and helps the time pass until warmer weather is here again.

THEATER
The great American classic “To Kill a Mockingbird” will be open Jan. 8-10 at the Etta & Joseph Miller Performing Arts Center, presented by the Little Theatre of Jefferson City. In Columbia, the theater department at the University of Missouri presents “Picnic,” a Pulitzer Prize winning play by William Inge. It depicts life in the American Midwest in the 1950s. The show runs the last weekend of January and the first weekend of February at the Corner Playhouse.

Stephens College performs “Anastasia,” a fictional mysterious love story about the daughter of Czar Nicholas, for two weekends in mid-February followed by a dramatic comedy, “Moonlight and Valentino.” The Columbia Entertainment Co. will present La Cage Aux Folles, the musical version of the movie “Birdcage” for three weekends starting Feb. 12. That will be followed by “Picasso at the Lapin Agile,” a riotous, witty comedy written by Steve Martin for a long weekend on March 12.

The wonderful American musical “The Music Man” will be performed Feb. 6-22 by the Springfield Little Theatre at the Landers Theatre. Juanita K Hammons Hall in Springfield brings in the hilarious musical comedy “The 25th Annual Putnam County Spelling Bee” Jan. 23-25 as part of its Broadway series. Look for a fun evening with “Broadway a la Carte,” a musical revue presented by Drury University’s Theater Department in its Studio Theatre.

MUSIC
Locally, the Royal Theatre in Versailles brings in Carl Acuff, Jr., in a Country Gospel, Rock-n-Roll Comedy show on Jan. 9. The Turpin Tyme Ragsters will appear at the Royal on Feb. 21 for an evening of rollicking ragtime music.

“We Always Swing” jazz series presents various jazz artists performing in Columbia at Murry’s and other locations, most on Sunday afternoons. The Charlie Hunter Trio will appear at the Blue Note on Jan. 25. Charlie Hunter is an inventive fusion guitarist who blends jazz with a surprising variety of other genres. For a swinging good time, hear Grammy award-winning trumpeter Terence Blanchard and his quintet perform jazz improvisations Feb. 8 at Murry’s on Green Meadow Way. Jazz fans will want to reserve Wednesday, Feb. 18, to hear the renowned Vanguard Jazz Orchestra at the Missouri Theatre. NEA Jazzmaster Bob Brookmeyer will guest conduct the Vanguard orchestra with Dan Morgenstern, also an NEA Jazzmaster, as guest host and emcee.

The University Concert Series in Columbia has an astonishing variety of all types of entertainment from Lord of the Dance to the St. Louis Symphony to Stomp, all in February. If you’d like to take a musical step back in time to the 60s and 70s, the Pink Floyd Experience will do the trick. Look up the University Concert Series Website for more events in January and February.

To continue reading, purchase this issue of L•O PROFILE Magazine.